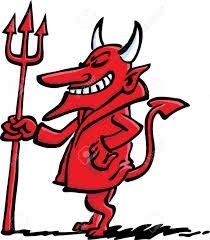 Each person is the hero in the self-narration of their life. When thinking of ourselves, we believe that we are a great force for good and most things we do are good. However, without the belief that you or people like you can be evil, the ability to self-reflect on your actions is vacant. This is occurring right now, on the left side of the political spectrum.

These two very different foundations are a big part of the great divide between the left and the right. When you believe that you are incapable of evil, then anyone who opposes your ideas must be the opposite of good. Violently attacking people who have different political beliefs, lying and smearing facts to fit your agenda, and shutting down all discussion is perfectly acceptable to leftist because these are bad people trying to stop good. Even though they are doing exactly what Nazi’s did, they are not the same because they are not evil like the Nazi’s.

This is the very reason why liberals believe that an evil ideology like socialism would have worked, had it not been hijacked by evil people. Time and time again, big government has led to tyranny, mass murder, starvation and despair but somehow, progressives believe it can work this time. It’s the very reason that they could vote for a moron like Bernie Sanders who shares the same policies and stances as Adolph Hitler, Stalin, and Pol Pot. It’s because they believe that Bernie is generally good and not capable of evil and therefore, this time, it will work.

My questions to these people is, “why are evil dictators much more likely to being socialist?” As most of the dictators in the 20th and 21st century have subscribed to the socialist ideology. Could it have been that they became evil when you allowed them to have too much power? Or, do you really think everyone that was a Nazi was a psychopathic murderer? Do you really believe that every time an evil dictator came into power, that everyone that worked for him was an evil villainous murderer? No, they were probably normal people who became susceptible to being infiltrated by an evil ideology and believed what they were doing was for good.

The evidence is within most leftist policies. For example: if most individuals aren’t capable of being evil, then you can let un-vetted people from a backwards culture into our country and there shouldn’t be any issues. Because most people can’t commit terrible acts against the USA.

It’s also why democrats believe in big government policies. Conservatives know that power corrupts people and therefore they don’t want to give too much power to a President or political party. The left believes that if you give unlimited power to the right person or people, then they can be lead to the utopia they always dreamed of. It’s also why they have such hero worship of their political leaders. Barrack Obama was the messiah of the left and can do no wrong. Despite the constant lying, incompetence, and destabilization of the world, leftist worshiped him because he believed subscribed to the leftist ideology. Since leftist believe that they themselves can’t be evil, Barrack Obama must not be capable of being evil either.

For most of history, mankind has been plagued with violence and atrocities against one another. It is quite clear that mankind is not naturally good, and that most people are clearly capable of evil under the right circumstances. If you look at the history, a large percentage of people lived through and committed terrible acts.

I, like everyone else, am someone who is not without sin. But I believe what prevents me from violently attacking opposition, lying and slandering other people, and trying to gain control over everyone’s lives is that I know that I am capable of terrible things. If someone acknowledges that they are capable of doing bad and evil acts, then they will be sure to assess everything they do and try to remain moral.

I believe that most people want to be moral and good. But if they don’t acknowledge that they can be truly awful people then, not only will they remain willfully ignorant to bad people who want power, but they will also do terrible things while ignorantly believing that they are incapable of being evil.