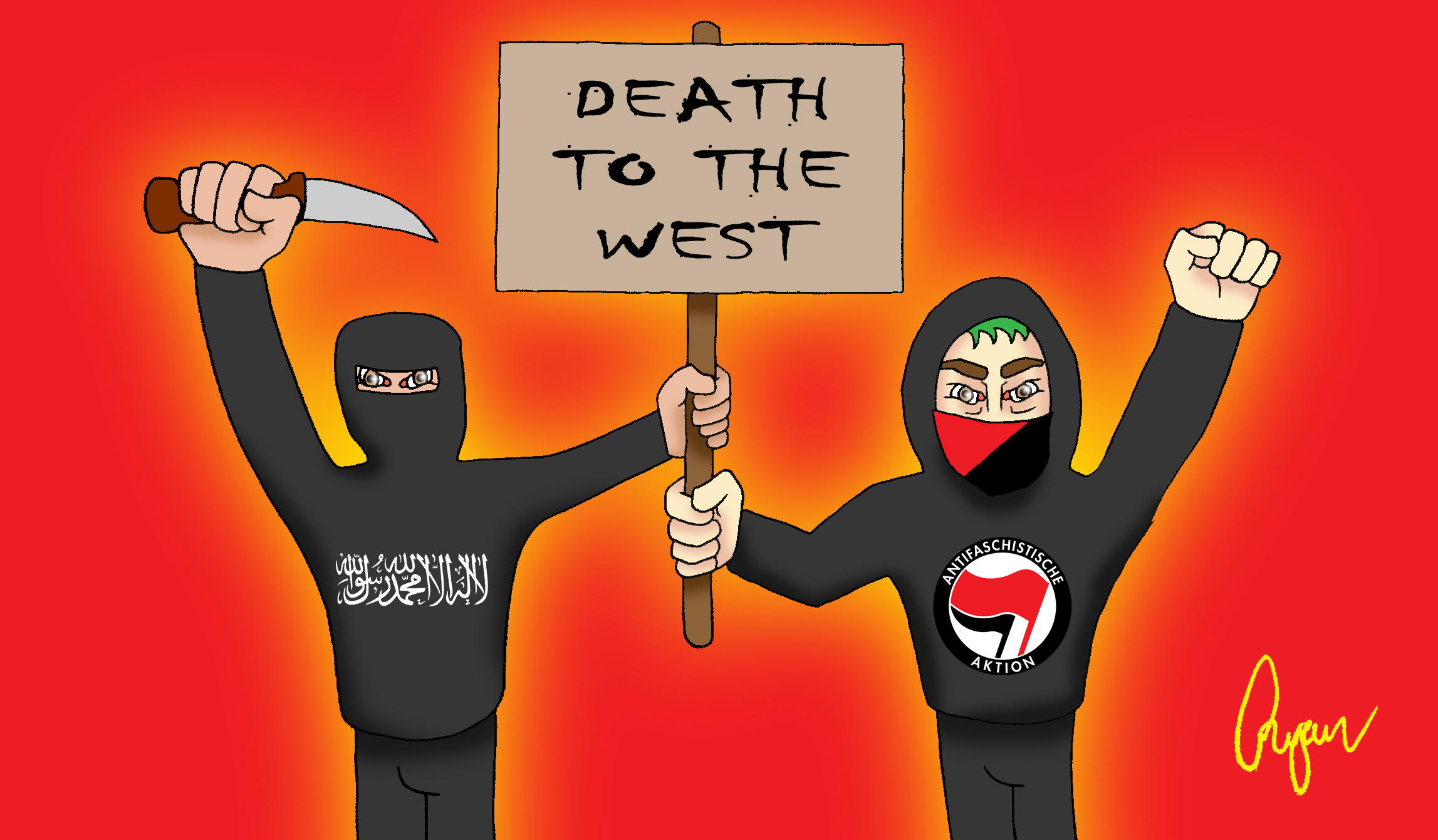 Every time there is another disgusting Islamic terror attack on innocent people, the regressive left feels the need to immediately jump to Islam’s defense. They immediately quash any criticisms or discussions of Islam, and deem anyone who has legitimate fears about the rising number of terror attacks going on in their home countries, as racist. CNN, MSNBC, and the Huffington posts then feel the need to reiterate that most Muslims are good and that Islam is a peaceful wonderful religion that should be embraced. They believe that Muslims are just misunderstood and the attacks will soon stop, once the intolerant west decides to fully take them in.

The left’s reaction to Islamic terror is actually good for conservatives, because it hurts the progressive cause immensely. Most people recognize that there needs to be a discussion and action taken, when it comes to Islam and its attacks on the west. With this obvious truth facing us, it makes people feel like the left won’t protect us. Especially, when they see Ben Affleck yelling at fellow liberal Sam Harris for simply stating harsh truths on the barbaric religion.

In Europe right now, the ramifications of large Muslim immigration has been nothing short of horrendous. Yet, the US left wants to bring more Muslim refugees into our nation. Most people recognize that Islam has serious issues, and that more welcoming and acceptance has only brought more terrorism and violence. Still, the left remains unwavering after each terrorist attacks. Even as their undying pledge to Islam becomes more and more of a losing issue, each time another muslim moron decides to murder a bunch of innocent people.

So why? Why does the left cling to a religion that wants nothing to do with their “supposed” liberal values? Why do they stick to the same talking points when all it does is make them look foolish? The first reason is quite simple and straight forward and the second is a bit more complicated.

Obviously, one reason for the alliance between the left and Islam comes from a shared a common enemy. Both the socialist/communist left and Muslims want to take down western society. What I mean by western society is a society that values individual rights, capitalism, and a place where people are free to do whatever they please, as long as they aren’t infringing on others rights. Though they don’t have the same reasons for wanting to take down the west, (The left- to bring a big gov. Utopia and Islam-to have Islam dominate the world) the common enemy is still a strong bond that holds them together.

The second reason is a bit more complicated, but I believe is the main reason why the left refuses to discontinue their allegiance to Islam, even though they have been nothing but a liability. The reason is because if the left admits that Islam is a screwed-up culture, then their entire worldview of equality in individuals and cultures is completely tarnished.

Think about it. The left’s entire foundation is that everyone and every culture, deep down, is equal. Which means that that the only reason for any inequality is the exploitation of the poor countries by the the successful ones. This in turn leads to the conclusion that the more successful cultures or individuals are evil for taking advantage of the virtuous underdogs. So, continuing down this progressive thought rabbit hole, Islamic cultures would have to be virtuous and good because they are poor and create terrible places to live. But as non-delusional people know, this is not the case.

Of the 57 Islamic ruled countries, none of them stack up to western civilization. Unfortunately for the left, the reason that they don’t is not because of exploitation of the west, but because they have terrible cultures. Yes, Islamic countries are awful because Islam makes terrible decisions and the West makes better ones. These archaic civilizations suppress freedom of thought and expression and restrict even the most basic human rights. This makes them poor because when you take away freedom and incentive, a culture cannot progress. This is why the more free the citizens, the more wealthy and successful the country.

This screws the progressive worldview on an economic forum as well. Liberals believe that capitalism is evil because if everyone is equal, then the rich must be exploiting the poor. But, if everyone isn’t equal and most people are more successful than others because of better decision making, then capitalism would be inherently good. It would be good because capitalism provides freedoms and incentives to improve and make a better life for yourself. It allows you to pursue your dreams without government intervention.

With each attack on the west, carried out by Muslims, the left is presented with an ever-growing dilemma. If they want to be seen as capable of protecting their countries citizens, then they will have to criticize Islam. However, if they criticize Islam then they will have to admit that this beautiful Western society isn’t this way because of luck or exploitation, but because it is a free society that was paved by small government and capitalism.

If I had to choose which path the left would choose, my money would be on them continuing to march out the same old platitudes. Even though no one wants to see their countrymen murdered because of bad policy, it would be far more egregious to a leftist, to admit that not everyone person or culture is equal. Because then you would be admitting that your entire worldview is built on a house of cards.