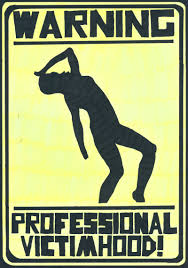 In the leftist world, your nobility and ranking is solely determined by how “oppressed” you are. To them, the validity of a viewpoint is not decided on what is said, but by who said it. The hierarchy of oppression changes constantly but currently it starts with native Americans, transgenders, homosexuals, blacks, Muslims, all the way down to the bottom of the chain where the cis-heterosexual white men are permanently slated.

Progressives, or current democratic party, play identity politics because the only way to instill leftist ideals into a country, is to take the route of divide and conquer. In identity politics, the left deems one group an oppressor and convince a majority of people that if they put progressives in power, the oppressors will be dethroned and everyone can be successful. Originally, to instill their plan of divide and conquer, progressives tried the have vs. the have not’s, which actually worked in Russia. However, this failed when attempted in the United States because the American ideal used to be, anyone can make it in this country if you work hard enough. So, the left changed their plan from have vs. have nots to oppressor vs. oppressed and that has been the American democratic platform since the 1960’s.

Democrats have been running on the platform of oppressor vs. oppressed for over 50 years. Basically, what it tells people is that, if you are not a straight, white, Christian male, then you can never make it in the United States because you are an oppressed victim. They convince their followers, that if you put democrats in power, then your life will be better and they will take care of you, because are unable to take care of yourself.

I understand why leftist play this game, but what baffled me is that they actually managed to become successful. How can some believe that in the freest, least oppressive country in the history of man, that they are oppressed? How can someone believe that America is holding them back, when people of all races, religions and sexes, risk their lives to come here from all over the world? In a land where you are free to pray to who you want, say whatever you want, and pursue whatever aspirations your heart desires (as long as you don’t take away the rights of others) how can someone be convinced that they are slaves?

If you really think about it, the answer is really quite simple. It’s much easier to believe that your failures are due to some outside force that you can’t control, then to blame yourself for your short comings. It’s so much simpler to never strive for anything because your oppressors will never allow you to be successful, then to give an a major effort and still come up short.

Not having to take responsibility for your poor choices is a nice fake reality to live in, rather than having to look in the mirror and realize that you are where you are because of yourself. The left knows this and they know that the more failures there are, the more people that will subscribe to this ideology. This is why the left media and entertainment constantly pushes immoral behaviors such as sexual promiscuity and debauchery, single motherhood, heavy drug and alcohol use, and to not worry about the future just the present. It’s because if you engage in the behaviors that the left pushes, you are far more likely to be a failure. And when you inevitably do fail, the left will be there to tell you that it wasn’t your fault, but because you are a victim of oppression.

Progressives found their opening with the black community (a group that the Democratic party they had once enslaved and oppressed). Unfortunately, the USA did oppress the blacks up until the 1960’s and played a major role in their lack of success. Democrats seized this opportunity and convinced the once oppressed group that they are still oppressed and that the oppression is the reason for their shortcomings today. Blacks today believe that they are largely unsuccessful because they are being held back by a racist America.

Though true in the past, America is not the main reason for black failure today and that is why black people from all around the world want to come to the US. The main reason for the blacks being held back today is the black culture, which was pushed and subsidized by progressives. The left told the black community that single motherhood, gang culture, and no emphasis on education is not the reason that they are unsuccessful. They convinced the black community that the cause of there shortcomings is oppression. They told them that if democrats were in power, then all their problems will be solved. However, if you look at the cesspools in the inner city, that is what you will get when you have the left running things for large amounts of times.

The truth is that anyone from any race, sex, sexual orientation, and religion can become successful in the United States today, if you follow a certain recipe. Statistics show that if you work hard, focus on family and education, and don’t engage in the depraved activity pushed by the left, you are going to be successful. They also show that your children are much more likely to become successful if they are raised in a two-family household that focuses on education and family.

People like Ben Carson, Thomas Sowell, Jackie Robinson, Frederick Douglass, W.E.B. DuBois and many other minorities followed the recipe above and that is why they are successful. If Americans would stick to this script then they to, have a very good chance of being successful.

When you choose to become a victim, then you will remain that way for the rest of your life. If too many people decide to play the victim, then the left will take the power and the US will become a place similar Stalinist Russia. I promise that even if you are truly oppressed, it is better to spend your whole life trying, then to spend your whole life whining. People come to America for opportunity that they can’t get anywhere else. If you are an American, you shouldn’t waste your time complaining, when there are billions of people all over the world that would kill to take your place.