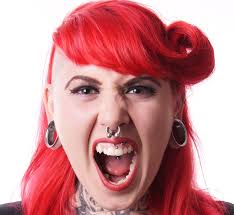 Chloe, A local 28-year-old feminine dance theory major at Occidental College, has a solution to the giant rape crisis occurring across college campuses. When asked how to solve the epidemic she said, “white western men are patriarchal pigs. We need to import other cultures here to show them how the rest of the world treats woman.” When asked why specifically Islam, she retorted, “since there is a refugee crisis going on in the Islamic world, we might as well take them in. You know, two birds with one stone.”

This young woman says she is fed up with the way college campus’s currently run their programs. “Islam suppresses speech, which means they will suppress the hate speech that are geared towards women!” she said so passionately that her glasses fell off. She continued, “Every day, when I go to class, I am harassed by this hateful free speech. Just earlier this week, my white cis-gendered male professor called on me for an answer and later on that day another white cis-gendered male decided it would be alright to violate my safe space and ask for a pencil. This needs to stop!”

Chloe then went on to elaborate on how terrible western woman have it. “western woman have it the hardest in the world and people need to point this out,” she said. “Men here feel as if they can do and say whatever they want. They want to control our bodies by trying to force us to pay for our own birth control and abortions which is a crime against humanity!”

The dance theory major ended our conversation with an ultimatum, “either we bring more Islamic culture here or I swear I will move to Saudia Arabia, where woman have it easy!”