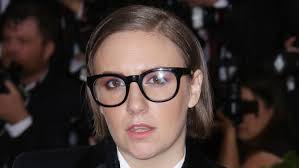 We caught up with Lena Dunham at the women’s march on Saturday in Washington D.C. However, Lena was no longer participating the march because she uncovered that the march had some sinister patriarchy manipulation behind it. She believed that this march was actually set up by the patriarchy.

When asked how and why the patriarchy would trick women into marching against them. Ms. Dunham had the following response:

“Originally I came down here to march because I wanted to stand up for women’s rights like abortion. I couldn’t grasp the concept of why anyone could be upset about me wanting to be able to kill unborn children and have it subsidized by taxpayers. I mean it’s my body but I can’t afford to kill my baby on my own, so it’s my right to have you help me pay for it.
However, after we started marching for a little over a block and a half, my thighs began to burn and I became very winded. While I was gasping for air, it became clear to me that this march was a secret plot to force women to exercise and fit into the unrealistic women’s body image that men want. I realized that anti-abortionist never really cared about me murdering my babies, but opposed abortion because they knew women would hate it and march to fight back.”

We asked Ms. Dunham what she was going to do with this information and she stated that she will consult with Amy Schumer and they will probably organize women dine ins, instead of women marches.

She then quipped, “women shouldn’t be forced to work hard or exercise if they are disagreed with. Now that we know the secret patriarchy’s agenda, no longer will we march for women’s rights, but we will have taco bell lunch in’s. No longer will we walk/ run against breast cancer. We will organize getting naked and drunk in public events to fight against breast cancer. There shouldn’t be any more bar crawls either, as it’s quite obvious now that forcing women to go bar to bar is just another secret ploy to get them to exercise.”

We thanked Ms. Dunham for her incredible detective work and promised to spread the word of the patriarchy’s hidden agenda, to which Lenah responded, “Don’t call me a hero because I’m not. I’m just a real woman who is constantly looking for ways that patriarchy tries to hurt us.”

We turned to walk away but Lena then chimed in again by saying, “But you can call me a hero if I die today from exhaustion. If my heart gives out from the stress of being tricked into walking a block in a half, then I will be a martyr who was killed in the name of feminism, and thus a hero!”

Hero Lena Dunham will always be remembered as the women who uncovered the secret agenda of men tricking women into exercising to get them to fit into the unrealistic body standards that they desire. She will be dearly missed!