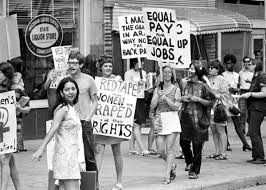 If you decide to tune in to the outside world, through reading the news, watching T.V., or listening to the radio, you will be constantly bombarded with information that is represented as facts but are complete myths. Some of these myths are only myths because they can’t be proven true or false. But some are absolutely and verifiably false and can be proven false, but people still state it as fact. I’m not going to get into the major myths such as, socialism can work under certain circumstances. But some of the ones that politicians and the media alike keep saying are true but are not.

I can go on and on about myths that are touted as facts. Ranging from rape epidemics on campus, white privilege, the minimum wage added benefits, welfare, affirmative actions, to universal health care and it’s added benefits. People will always look up facts to verify their position, but these myths have so many statistics out there that it’s hard to argue for them. If you are well researched enough you can always get to a point where your opponent won’t have any rebuttal. Some of these myths have very little wiggle room and people advocating for them will usually just end up saying they don’t agree and don’t want to talk about it anymore.

What we need to do as a nation, both left and right, is start verifying these facts for ourselves, instead of just accepting what we hear as fact. We also need to start accepting facts that don’t support our opinion, if they are absolutely true. I am guilty of this sometimes and I am trying to be more conscientious of that. We need to try and be more objective to everything when analyzing the data and try to suppress are personal beliefs as much as possible. If we can do that, maybe these lies won’t be able to survive for years even with proof that they are false.

Finally, once we have our arguments, we need to make our voices heard whenever someone is trying to state these myths as facts. If you hear some feminist professor say that women are paid less than men for doing the same job, you need to confront them. You need to tell them that this isn’t true and show them where they are wrong. You may not convince the professor, but people listening will get to hear both sides of the argument and decide for themselves what to believe.