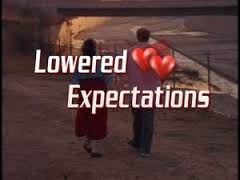 After another slew of Islamic terrorist attacks this Palm Sunday weekend, one can expect the same liberal rhetoric to protect Islam from having their feelings hurt. “It’s not all Muslims!” or “Most Muslims are peaceful people who just want to raise their family,” are some of the arguments that you’ll be hearing all over the Huffington Post, Buzzfeed, and CNN. There may or may not be some truth to their slogans, but why is it that no one can criticize Islam? Why are they so quick do defend Muslims feelings while refusing to condemn and criticize horrible, violent acts repeatedly made by one religion?

After Charlie Hebdo attacks, a young leftist acquaintance of mine was quick to defend Islam. I asked her, “why can’t we criticize or at least attribute some of the terrorist acts to Islam?” She responded to me with a common leftist talking point. She retorted, “I don’t see the point in criticizing all of Islam because it will drive more moderate Muslims to becoming radicalized.” This in turn lead me to ask the question, “Then why, when you criticize Christianity, aren’t you afraid of moderate Christians becoming radicalized?”

In a very rare instance, my leftist acquaintance was at a loss for words. The obvious answer is that there is no comparable radical Christian group equivalent to Islam’s. The less obvious answer is that most leftist hold lower standards for Muslims then for Christians and Jews. Which will make most people wonder, “why do they have different standards?”

Affirmative action is a prime example for the race based lowered expectations. Upfront they’ll tell you that affirmative action is to correct racism that can’t be overcome without government intervention. But what they won’t tell you is that they believe that some races can and have overcome racism, while others cannot without help. Asian and Indian students are given larger SAT score penalties than the white students, while black and Hispanic students are awarded over 250 points just for their race. In 2013, Democrats in Florida tried to change the performance standards for high school students based on race and ethnicity. They tried to give lower benchmarks for African American, Hispanic, and Native American students while higher benchmarks for white and Asian students.

So, why are some races able to overcome institutional racism while others are not. Why have the Irish, Asian, and Indian people who were discriminated against, not applied to a different standard. Also, why haven’t we seen any results. Affirmative action has been around for two decades, so why haven’t we seen a better college and work related statistics from the black and Hispanic community? It’s because they believe that some races are inherently better and don’t need the help of government, while some will always need help.

Women are also given some preferential treatment to their male counterpart. Ranging to affirmative action to work place preferential hiring quotas. If all else is equal why aren’t they applied to the same standard that men are?

Most leftist believe that without there heroic stances and government intervention, that some groups would wither away and die because they aren’t smart enough to defend themselves. I believe that they believe that these people really are oppressed and just need help to get ahead. My question to these people that believe this, “why do you think some races can overcome oppression while others can’t?”

The truth is, that to believe that some groups need more help than others is not only racist, but it’s factually incorrect. Blacks and Hispanics have produced many successful people, long before the white knight came here to protect them. In America, anyone of any race can become successful if they work hard. Leftist apply lower standards because they believe they are helping, but they are actually doing more harm than good.

Putting someone in a college or a job that they are not fit for, leads to them thinking they are stupid and dropping out. Protecting bad behavior and refusing to criticize wrong just leads to more bad behavior. Also, telling people that that they will never achieve much success because of some outside racist oppressor, leads to anger, resentment, and an apathetic view of working hard.

Because of democrats, the black, Muslim, and Hispanic groups will continue to be lead down a path of being babied and nothing can be worse for them. They will never learn to fight adversity nor will they be able to weed or bad behavior because it will be pitied and subsidized. The reason that the single motherhood rate in the black community is so high is because liberals protect them, subsidize them, and say it’s not their fault. The reason that there’s no reformation in Islam is because you protect and condone their bad practices.

Criticizing and holding everyone to the same standard is the only way the any groups will rise to be better. If not, we will continue to have some groups fall further and further down the social and economic scale.

If you believe that any group cannot thrive without government intervention then you are not only racist and wrong, but you are hurting the very group that you’d like to help.