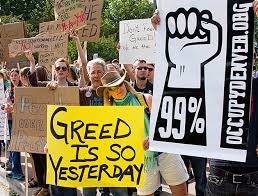 The short lived “fake news” saga came to an abrupt end after the CNN golden shower fiasco revealed that the left is actually much bigger perpetrator of fake news than the right (surprise!). Seth Meyers, another leftist moron, declared the controversy over last week. Even though it was the left that started the whole narrative, they deemed it over because it didn’t pan out the way they would have liked (To become the gatekeepers of the news again). With the ending of this epidemic, one has to wonder, “what is the next epidemic that the left will deem fashionable?”

The lefts, “fake news” epidemic is part of a long list of epidemics that have been pushed upon America, since the 1960’s. I remember in 2012 when the gay marriage wars were going on, Ben Shapiro and Steven Crowder both said that once this is over and gay marriage is legal, the left will shift their efforts to transgenderism. In 2016 it seemed as if Ben and Steven were prophets. However, they were simply deducing that left is relentless and will never stop fighting in trying to give the Fed and the themselves more power.

One of the rules in the book, “Rules for Radicals,” by marxist Saul Alinsky is, “Keep the pressure on. Never let up. Keep trying new things to keep the opposition off balance. As the opposition masters one approach, hit them from the flank with something new.” I think that this rule has been the most important rule, in keeping progressive politics relevant and in power.

This single rule is how progressives are able to fundamentally change the US. They aren’t trying to kill the US by one big slash, but with a thousand pricks. There is always some new problem plaguing America that the left believes only the Federal government can fix. This rule goes back long before Saul Alinsky. Adolph Hitler wasn’t able to instill the Nazi policies that you saw at the end of WW2 overnight. He took away guns by asking for gun control, then registries etc. He was able to kill of old people by first saying that government should take care of healthcare. It took years before he was able to gain that sort of power.

The left is never going to be able to win by discussing rational policies. They are able to win through playing on emotions and constantly switching their arguments, epidemics, and policies in order to keep the right off balance. Within each argument, they attempt to take a little bit of freedom when trying to come up with what they believe are common sense policies. Whether it be for forcing bakeries to serve gay weddings, or trying to impose stricter gun control, everything they do is attempt to gain more power and always has to be met with resistance.

Liberals also are able to achieve such success through their eternal persistence. They never rest, not even for a second. The problem with conservatives is we get fatigued. We battle with such emotion on gun control and terrorism that by the time the left wants to have partial birth abortions, we have little energy. Conservatives just want to go back to their lives, jobs, and families. It requires so much effort every time the left comes out with something new, like the “fake news” epidemic.

The effort that is thrust upon conservatives, usually comes after the left makes an outrageous claim like when they said, “women make less than men for doing the exact same job.” After the claim, there is always a call for more government to fix their perceived injustice. Conservatives then have to face the choice of remaining silent or taking time out of their days to look up statistics and numbers to be able to argue against their stupid policies.

Unfortunately, there is no easy solution to stop this very useful tactic. The only defense, that I can think of, is to constantly ramp up the effort and meet everything with resistance. I believe that we must try to look ahead and see what they are going to say next so we can stop it sooner. However, when they do say something that gains traction we have to suck it up and fight. I believe that Thomas Jefferson once said, “the price of freedom is eternal vigilance.” This statement is very true and needs to be known by every conservative. When we get lazy and don’t deter some of outrageous claim that the left makes, then that is a step in the direction of tyranny. Barrack Obama was voted in twice because conservatives didn’t fight hard enough.

I don’t know what the next outrage is going to be after the “fake news” invention by the left. However, I know that I will constantly fight them with everything that I have because there is no other option.