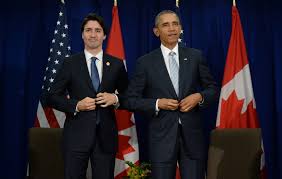 AntiMSM went on a mission to try and figure out what policies and personality traits would the ideal progressive/liberal candidate exhibit. We surveyed both baby boomers and millennials democrats, along with collecting data from many-a-blog and leftist websites (HuffPo, Salon, New York Times). After months of data mining, we compiled a list that the quintessential candidate should exhibit. He/She/Ze would be someone that the Democratic party would most enjoy being the leader of not only their party, but the United States of America.

We then wanted to see if the ideal candidate has ever existed and were astonished to find there indeed was a man in history who fit every criterion that leftist today want in the leader of the free world. Though close, it wasn’t Barrack Obama nor the ever-popular Bernie Sanders. This man came and went long before either Barrack or Bernie could spell progressive.

A long, long time ago, in a land far-far away there was a young sensitive artist who, after hearing a speech entitled “by what means should we destroy capitalism,” decided embark on a career in politics. He believed that capitalism was exploitative and that 1% of the population was taking advantage of the other 99% of the population. This man rose through the ranks and became the leader of his party and eventually his nation. His party ran on the platform of: guaranteed jobs for everyone, the nationalization of large corporations and trusts, profit sharing in all major industries, and government take-over of big business stores. This man was a brilliant speaker who pointed out the ills of an exploitative class and how they use capitalism to enslave us.

Once in power this individual did work that would make Bernie Sanders blush. He nationalized healthcare, he heavily regulated and taxed all the major industries until they couldn’t sustain themselves, and then he nationalized them. He made sure that, through big government, he was able to protect people from the greedy corporations and the1% of people that were trying to undermine his nation.

This embodiment of progressivism represented the left on the social front as well. He started the first ever green movement and made sure that he regulated his industries to protect the earth. He started a health movement, as his party were the first people to wage war on tobacco. He wrote that one day he wanted the entire earth to move to veganism because of the unhealthiness that capitalism produces also, his second in command was an animal rights activist. He and his party of leftist prodigy’s, lead the world in research in organic food and alternative medicines.

This leftist hero legalized abortion and made sure it was paid for in his national healthcare plan. He started a gun registry which eventually lead to confiscation of all guns because he wanted to protect his citizenry. He was against any hate speech and made laws to prevent just that. He refused to allow the exploitative class to defend themselves even if that included taking violence against them.

He made it a point that the younger generation wouldn’t be poisoned by the woes Christianity. He believed that the state should dictate education and started a young person movement to make sure they weren’t indoctrinated by their parents. In his auto-biography he stated, “Christianity is a spiritual terror.” He is also quoted as saying to Protestant bishops, “(My nation) has existed thousands of years before Christianity and will continue after Christianity is gone.” He banned religion in schools and eventually banned carols and nativity plays.

So why doesn’t the left ever talk about this hero who was able to achieve what leftist want to achieve in America? Also, what happened to his nation that was on the path to utopia?

Like I said, this isn’t Barrack Obama or Bernie Sanders that I am talking about. This man who perfectly personified the leftist dream is Adolph Hilter and the party the represented the values that democrats hold so near and dear to their heart is the Nazi Party. The 1% exploitative class was the Jews.

Now before all you leftist immediately start shouting that this was just a socialist fluke that went awry. Or try to say that Hitler had the right values but was just a psychopath. Know this: Joseph Stalin, Mao Zedong, Pol Pot, Fidel Castro, Hugo Chavez, Kim Il-Sung (north Korea), Saddam Hussein, Muammar Gaddafi and many other murderous dictators all followed the progressive platform.

Those men believed in all the same policies of big government control and heavy regulation to decide what’s fair for their underlings. Time and time again when socialism, communism, or any big government policies are instilled, the country turns into hell.

So, next time any democrats decide to go punch a Nazi first know that physical violence to prevent speech of opposing values is a Nazi value. Also, and more importantly, that you should punch yourself because Adolph Hitler and all murderous regimes are the exact type of person that you want to vote for.