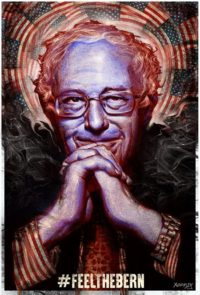 As Venezuela, the once progressive darling, falls further and further down into poverty and tyranny, the left has answered with their typical responses. “That wasn’t true socialism!” they’ll arrogantly retort. Or, “It wasn’t socialist enough. Capitalism brought them down!” is another common irrational reason for Venezuela’s failures.

While the level of historical and economical ignorance that it takes to utter the phrase, “that wasn’t true socialism,” is alarming. What’s truly frightening is the astronomical level of narcissism that it takes to make that statement. Think about it. Anyone who utters that response, is basically saying, “If I, or anyone who holds my ideals, became dictator and had all the power that Stalin or Hitler had, then we will reach utopia.

Make no mistake about it, socialism inherently gives all power to the government, and ultimately to whosever in charge. The reason that government control is inherent within this ideology is because the government decides who receives what resources. The government decides how much wealth you can have, how much healthcare you can receive, and how much food you can get. When you’re in charge of divvying up resources, as oppose to the free market, you essentially become God to the people who you rule over.

The reason that socialism always leads to dictatorship, is because of the ego that socialist leaders must have. The type of ego that it takes to believe that I should be the decision maker for everyone, is the type of ego that it takes to become a dictator. Figures like Barrack Obama and Bernie Sanders, truly believe that they are so intelligent, wise, and good, that having that kind of power is a great gift to the people they preside over. They’ll sit there and say things such, “I will bring you the free stuff you want!” as if they are all powerful. They honestly believe that people keeping their own money and making their own decisions is worse than them sitting on their throne and made the decisions for everyone.

Socialism begins to cross the line from politics into a religion or cult, when these leaders gain followers. The formula is almost exactly the same. The leader promises heaven and earth to these people who believe in them. The people are told that they will receive all these riches, without having to work, if they just pledge their undying devotion.

Think about Bernie Sanders, as an example. Bernie Sanders is the prophet who has a philosophy that he believes, if enforced on the rest of the world, will bring about utopia. The God he preaches of, is socialism and the government. His followers, believe that he can perform miracles such as free college for everyone, free healthcare for everyone, and choose to disregard the most basic economic facts because they believe their prophet is a miracle worker.

The religion that is most comparable to socialism is Islam. The reason is because first, in both Islam and socialism, the only way for heaven to come to earth is if all the people in the world believe in their respective ideologies. If any non-practitioners exist, utopia can’t be delivered. For instance, the left doesn’t want people to be able to opt out of socialism because if they can’t control everyone, it can’t work. Secondly, they must use any means necessary to force people to believe in their ideology. Muslims and socialist both silence free speech, attack non-believers (Antifa) and will refuse to hear any argument other than their own.

Understanding this argument, helps individuals understand why socialist dictators often force atheism on their people. This isn’t a point to criticize atheism or people who are atheist. This is a shot at the dictators who force people to become atheist. Socialist like Stalin, Pol Pot, and Mao wanted to remove religion because they believed that the only word that should be listened to is the word of government. They believed that the values that should be instilled in people should be sent down from government, not from a religion. They recognized that it’s inherent in most people to believe in a savior or an entity that is greater than the individual. In turn, if religion is removed, then more people will turn to government for guidance.

Dealing with a socialist is a lot like dealing with a religious fanatic. Facts don’t matter, nor does comparative analysis. When you try and point out, to a Muslim for instace, that America’s ideology has led to all the greatest accomplishments of the 20th and 21st century, and that Islamic countries are hell-holes that people hate to live in, they will still blame America for their woes. Similarly, if you point to a socialist, the evil that socialism has instilled on its people, like in Venezuela, North Korea, Russia, Cambodia, and Cuba, they will still blame the United States and capitalism.

Facts or logic aren’t going to sway socialist into changing. You’re not going to sway a person who truly believes that Barrack Obama or Bernie Sanders is going to deliver this utopia because you are insulting their prophet. You can see the true fanaticism when they treat these figures like gods instead of people. Or the extreme emotion they exhume when you criticize or question them. What needs to be done is prevent more people from falling into their ideology. This is a numbers game, and the more people that believe in this evil ideology, the better of a chance that they have of taking control.

The founding fathers believed in the separation of church and state. The only way we can defeat the church of big government is to teach our young the true history of this ideology. Also, that freedom is truly the most important gift one can have. We need to instill the belief that it is immoral to take away from others, even if for the right reasons. Finally, we need to realize that the left will never compromise when it comes to socialism. They will fight and fight because they truly believe in the word of Marx. They believe that the only path to heaven is through their God, the government. If we don’t fight them, then we’ll be forced to kneel down before this false god who will deliver us straight to hell. 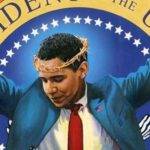 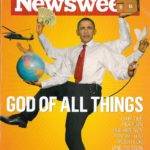