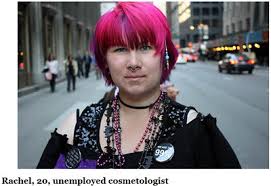 Gavin has been left appalled. “One week after we have a bigot President Elect in Donald Trump everything in the country is going to hell” Gavin told a local news reporter in his hometown of Oregon. “Have you seen the riots?” He went on to add that even though Dave Chappelle publicly called white people amateurs at rioting and causing damage, he knew how he would protest. It was embarrassing to Gavin.

Gavin was a humanity major at Portland U and was deeply distraught by everything going on. Gavin resided just a few miles away from campus at his parent’s small ranch style house. When confronted at his house while burning an American Flag he spoke out in a great rage “This is my constitutional right!” The most unsettling thing is that given the strides that women have made in this country since the Civil rights movement he had hoped that nothing would set this back.