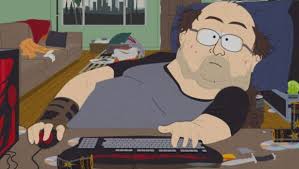 As Billy Gallagher sat in his parent’s basement during the night of election in a 22-hour session of Gears of War, he had one question. “Can I beat this level before I have to go to the bathroom?” The answer was no. However, as he walked to the bathroom he caught Donald Trump’s President elect acceptance speech and decided to hold it in to stop and listen. Billy sat down in awe as Trump said that he would increase American jobs. No way!

Just then the phone rang. It was Billy’s sister Jeanine, a feminist dance theory major at Berkely. She called and was crying that this racist, sexist, bigot, homophobe had one. Jeanine also said that she may have to switch majors to something that can get her a job because Trump is horrifically forcing people to work for their money, instead of paying them to focus on their passions. Billy wanted to console his sister but he had to go to the bathroom so he hung up the phone.

Billy again continued towards the bathroom but stopped when his mom yell down the stairs “Billy, you’re going back to work!” with a tone of excitement in her voice. This was the worst news Billy had heard in his short 32-year life. After all, he had it good. Cigarettes and alcohol were complements of dad and he could spend all his time on XBOX. He went on to explain his stats:

How could work be better than accruing those stats over the years. “Damnit, I knew I should have voted. Hillary would have taken care of me. But I couldn’t give up my seat in my game.”

Billy finally made it to the bathroom. But it was too late.