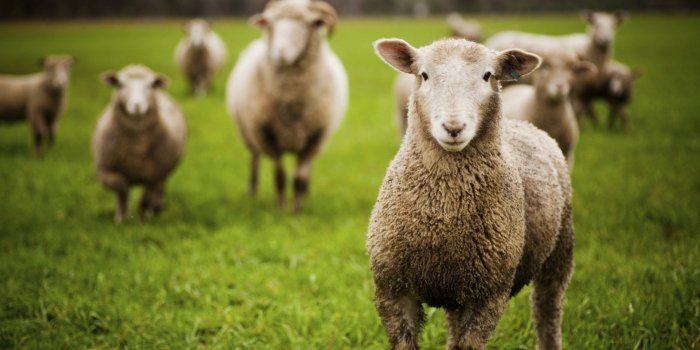 In the month of June, gay pride parades across the United states transformed from celebrating homosexuality, to a Donald Trump and anyone that supports him, hate fest. LGBT groups that supported Donald were barred from taking part in the celebration. In addition, there were anti-trump protest and hashtags widespread throughout the events, even though the parade had nothing to do with our President. The left’s reasoning for the backlash to our President was that Donald Trump is an anti-LGBT President. So, my question to leftist is, “what actions or stances has Donald Trump taken that makes him anti-LGBT?”

Donald Trump is the first US President to be pro same sex marriage at the inception of his Presidency. He has openly supported the rights for the LGBT and hasn’t said anything or taken any action against the community or movement as a whole. Even Barrack Obama was anti-gay marriage when he started. Yet, the left never deemed him as a homophobic anti-LGBT bigot.

When asked about the reasoning behind the label that was given to Donald Trump, the lefts only real answer is that he picked a vice president who is against gay marriage. However, this is hardly a reason for the constant backlash that Donald Trump faces from the LGBT community. I believe that the only reason that the President has been deemed this way is because the left just wants has to find another reason to fight against him and Republicans. Since the anti-gay label has been a constantly associated with republicans in the past, it was only fitting to deem the current President one as well.

The slandering of opponents is not new to politics on either side of the political aisle. What is new, however, is the large portions of the public that will believe such slander without asking for any bit of evidence to support the claim. The reason that people can accept the that Donald Trump as anti-LGBT without any evidence is because of the rise of groupthink and collectivism.

Group think is a psychological phenomenon that occurs within a group of people in which the desire for harmony or conformity in the group results in an irrational or dysfunctional decision-making outcome. Group members try to minimize conflict and reach a consensus decision without critical evaluation of alternative viewpoints by actively suppressing dissenting viewpoints, and by isolating themselves from outside influences.

Groupthink or collectivism are not new concepts. As a matter of fact, groupthink and collectivist is the essential foundation to big government political ideologies such as socialism and communism. In those ideas, the rights of the individual must be taken away, if it the government deems those rights to adversely affect the group as a whole.

Collectivism is how progressives justify taking larger percentages of taxes from people who earn more, because they believe that doing so benefits the collective as a whole. It’s also how they justify punishing a person who used their right to refuse service to a homosexual couple. They believe that anti-gay is bad for society and are fine with taking away some people’s rights to benefit the group.

Conformity is a staple of the big government left. What’s very concerning is that this ideology has started to appear on the right as well. Donald Trump has been a pretty good President so far, however he has some big government beliefs that some conservatives have accepted, contrary to their principles, to be part of the anti-left movement.

So, what are the consequences to our country if we turn into a lemming, collective, group think society? What happens when we let our politicians do the thinking for us and we lose the ability to think for ourselves?

Some historical examples of what happens to countries that partake in group think and collectivism is the socialist dictatorships that took place in the 20th century. In Nazi Germany, for example, Adolph Hitler was able to convince large amounts of people that Jews were evil and that they were destroying Germany, without any shred of evidence. He was able to turn good people into genocidal murderers because they believed what he said. He was able to convince people to give power to him and the government, and take the rights away from the wealthy because it would be good for the country. In Nazi Germany individuality and freedom of thought were thrown to the wayside in hopes to benefit the collective.

The way the Nazi party rose to power is exactly what’s happening here in the United States and all of western society. The only way an idiot like Bernie Sanders can possibly considered a good leader is if people don’t know how to evaluate information for themselves. When he says that big government can work, anyone that can think, will look at history and wonder, “how?” Yet, the left never asked him the differences between his beliefs and Hugo Chavez’s, the man who destroyed Venezuela.

In order to indoctrinate people, you need to make sure that people can’t think for themselves and colleges professors across the US know this. Instead of teaching young people how to evaluate information and come up with new ideas, they teach them to take whatever the democratic party says as gospel. Which has lead to a generation of college students who think and act alike and won’t allow any other ideas or beliefs into their spaces.

The United States rose to greatness because it valued the individual more than the group and valued freedom of thought and expression over harmony. Young and old people alike need to realize that individuality and freedom of thought and expression is the only way we can survive as a free nation. When we think for ourselves and allow others to do the same, we come up with new and innovative ways to propel man into the future. If we don’t, then we are doomed to become just another nation who, for a brief moment, was great.