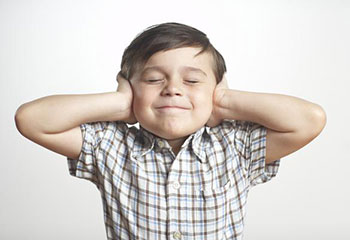 “Machete Season: The Killers in Rwanda,” is a book based on true accounts of the Rwandan genocides, from some of the actual killers’ perspectives. In an excerpt, one of the authors wrote. “All the important people turned their backs on our killings. The Blue Helmets, the Belgiums, the white directors, the black presidents, the humanitarian people, the priest, the bishops and finally even God.” Another described the feeling of fear he had when the armored cars with white men passed by. He believed that he would be stopped and punished once they saw him murdering people on the road. He then describes the relief that washed over him as the vehicles passed by without even a glance at the Tutsi’s that were being slaughtered. Another Rwandan said, “not one foreigner can provide convincing reason why there was such flight in the opening hours of the killings.” He then said something that will always stick with me. He said, “whites do not want to see, what they cannot believe. They could not believe a genocide, because that is a killing that overwhelms everyone, them as much as the others. And so, they left.”

The entire world sat by and did nothing as they watched, in horror, approximately 800,000 Rwandan Tutsi’s hacked to death by machetes in only a three-month span. So why didn’t anything happen? How could the world not intervene when such evil was going on?

Bill Clinton and the United Nations had the capability to stop this massacre in April, before it got started, but did not. They buried the information because they refused to believe that this could be happening. They believed that the reports were exaggerated and that it would soon be resolved on its own, without the need for intervention. They were wrong.

I bring this up now because evil is rising again, and the left is refusing to acknowledge it. Islam has slaughtered millions of non-Muslims across the middle east and north Africa, and Muslims are killing people in western societies, nearly every day. The left refuses to acknowledge the facts about Islam, such as the large portions of them that believe in honor killings, death to apostates, and worldwide shariah law.

So why are they refusing to believe that these atrocities, that are happening right in front of them, are true? Why do they deem anyone who brings up these absolutely verifiable facts, as racist?

First and foremost, like the Rwandan author said, the left is refusing to see what they don’t believe. The progressive basic worldview is everyone and every culture is equal and therefore when one culture acts out, it is because they are being suppressed and exploited by the more powerful cultures. They can’t believe that Islam is just attacking people unprovoked because of some barbaric worldview. They believe that the violence is somehow related to western suppression of Islam. This obviously is not the case and the truth is far more sinister.

If progressives acknowledge this truth, then their false hope of a utopia is completely shattered. Their utopian vision disappears because they believe that the world will be peaceful under the right government. They believe that people are only violent because of suppression, and if that suppression is taken away, via socialism/communism, then the world be at peace.

Progressives refusal to accept facts that are in contrast to their worldview, doesn’t just lie with Islam. It’s why they cannot believe that the statement, “women are paid $.70 to every $1.00 a man makes,” is a myth. Or that true socialism has failed and turned into dictatorships in every country that it has been tried. Also, that raising a child under a two-parent household is actually the biggest determinant of whether a child will be successful or not. Their adamant refusals to acknowledge the most blatant facts is because it skews everything they believe in, and therefore can’t be right.

If you tell a leftist that America is basically good and, compared to other countries, is the greatest country that has ever existed, it will anger them. But when you ask them which countries are better, they are will be stumped. Even after being stumped however, they will still believe that America is evil without being able to point to a country that is better and more moral. The only comparison they can make America to is to some false non-existent Utopia.

With all that being said, I always believed that the left would acknowledge some of these facts when the violence hit the west or the USA. It’s easy to deny the evils of the Rwandan genocide when you aren’t anywhere near there and you have no skin in the game. What’s truly astonishing, is that the left is sticking to their worldview, even as Islamic barbarians are terrorizing, murdering, and raping their very existence.

It’s a testament to the extreme indoctrination that has occurred upon these individuals. That, even with the truth right in front of them, they refuse to accept it. It’s horrifying that there are people who, no matter how many facts you give them, or how many images you show them of our countrymen being murdered, won’t change their minds.

So, the bigger question is, how do we win? How can we fight Islam’s onslaught while being constantly held back by the progressives?

Edmund Burke famously said, “The only thing necessary for the triumph of evil is for good men to do nothing.” I’ll expand on that by saying, that the only way to confront evil is to first acknowledge what evil is. The progressives no longer have that ability, so it’s up to the rest of us to, acknowledge it, confront it, and to make sure that are children are able to do the same.